My Reviews In search of a perfect developer 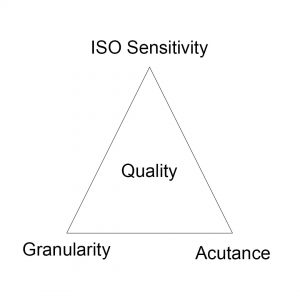 Rodinal
For beginners, the frequent choice is Rodinal, the oldest AGFA formula (1891). Cheap, with the possibility of very long-term storage, it has confirmed results for most films and also are easy to find recipes for development by type of film, time and dilution.
Its most appreciated parameter is acutance, although much later I discovered that it is only apparent and is useful only for magnification on photographic paper.
Its major inconvenience is the accentuation of the granularity of the film in direct relation to its sensitivity, it is practically not indicated for films with high sensitivity, from 400 ISO upwards but it is quite visible also on the negatives with low sensitivity. Large granulation is less visible on medium format or flat film.
Another inconvenience would be the lack of details in the shadows. Even in the use of stand type, which gives it a compensating effect, it does not always manage to bring details in the shadow areas.
Stand development, without agitation, is still a bonus when the sensitivity of the film is unknown, lasting 1-2 hours for a very high dilution (1+100 or 1+200) .

Xtol
Next on my list should have been the standard Kodak D76 developer that appeared in 1920 (in Ilford ID11-like formula), known for fine granularity and preservation of film sensitivity. 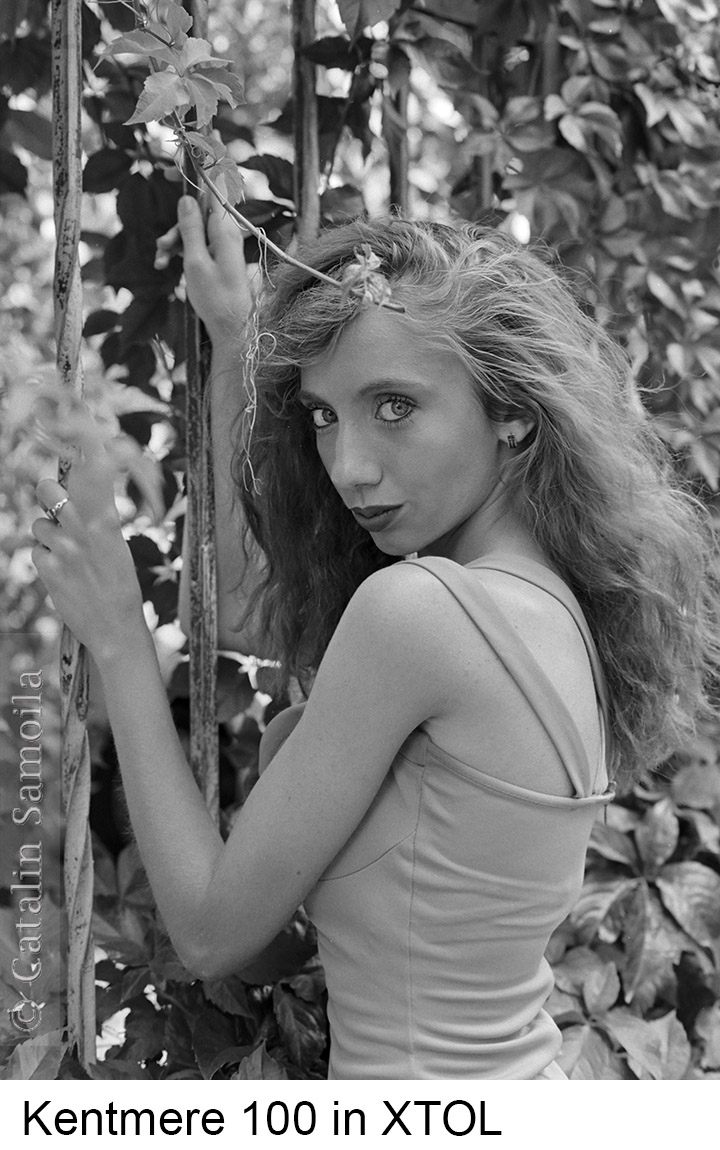 It was more handy but the revealing Xtol (1995) which is Kodak’s last attempt to meet the requirements of the 3 important parameters being considered an improvement over D76. It is a developer with solvent action, ecological due to the ascorbic acid in the composition.
I preferred the use of normal working solution – stock although to improve the sharpness many adopt the dilution 1+1 or 1+2 which is less economical. The problem is that dilution sometimes causes a loss of its very fine grain.

Like D76 it can be used as replenish solution. Practically after its use in the development of 7-8 films, for each film a minimum of 70ml of fresh stock solution is added. This mode of use is considered as good as use in 1+1 or 1+2 dilution. Of course, I thought replenish was optimal, but I can’t say that it brings additional qualities.
However, some define the granulation obtained with this developer as a stain and prefer to choose another developer that keeps the granulation punctiform, contrasting, even if it is much more visible.
This is an economical developer but Kodak prefers delivery in envelopes to get 4 liters of solution. However, Foma Excel offers an envelope-like formula for 1 liter of solution.
A big inconvenience is the long-term storage of the solution, there is a great possibility of inactivation over time – sudden death and therefore a test must be done after a period of time. In practice, kept in tightly closed bottles and at low temperatures, it can keep its qualities for 1 year, although it is guaranteed much less by the manufacturer. 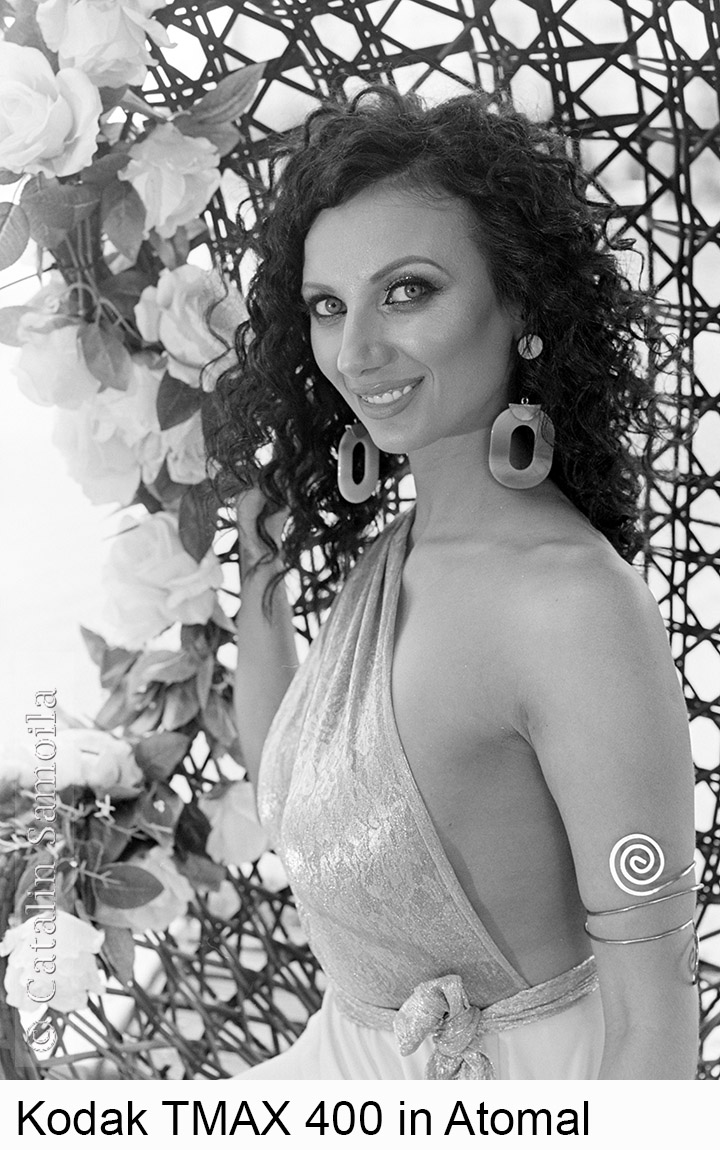 It’s my first meeting with a developer made by Adox, a German company that produces both solutions and black and white photographic films. The company created in 2003 took over both the factories and the technology from AGFA / ORWO when they were bankrupt. The original was made by AGFA in 1935 but the formula changed after 1970 as the substance contained is being considered carcinogenic. Along with Promicrol (May & Baker) it was one of the most balanced developers for all the parameters of the magic triangle.
It remains a top developer, universal and is the standard developer used by Fotoimpex for processing black and white films.
The only feature that has a small compromise is sharpness but it is better than in the case of Xtol which it exceeds in all respects.
It comes in package for 1 liter and 5 liters of solution, being quite economical. One liter is enough for 10 movies. After the first 5 negatives an extra time must be added for each one.
It is also used in 1: 1 or 1: 2 dilution to improve acuity.
Having good features also for push is an ideal choice when it comes to negatives with high sensitivity.
The finesse of grain is equal to revealers like Perceptol and Rollei RLS / CG512 who lose a step of the declared sensitivity of the film. 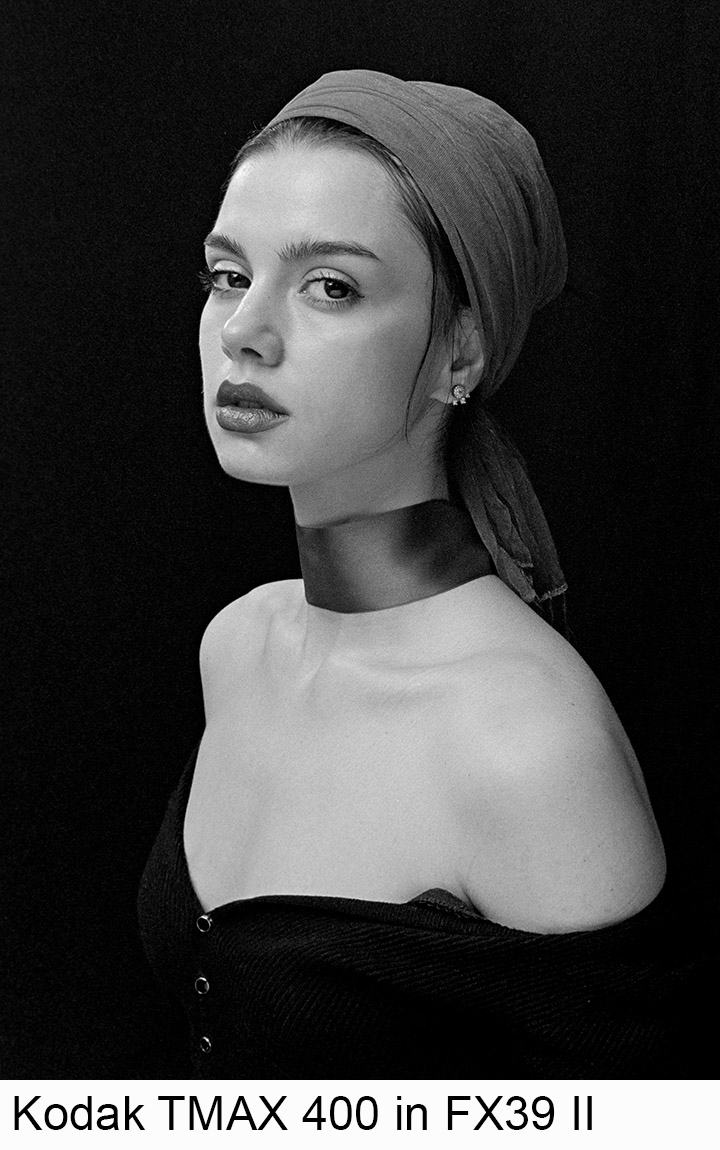 One of best developers for acutance also from Adox but original formula taken from Paterson, used especially for normal sensitivity movies. In my opinion, this is what Rodinal should have been without any connection, defined by excellent acutance, good granularity and without losing the base sensitivity of the film. It also fits perfectly with modern negatives such as Kodak TMAX and Ilford Delta.
It is used in 1+ 9 to 1+19 dilution but I have not tested it at very high dilutions in stand development.
In terms of performance, it is similar to the FX-1 (Beutler) and Tetenal Neofin Blau, all of which are superior to Rodinal in acutance. 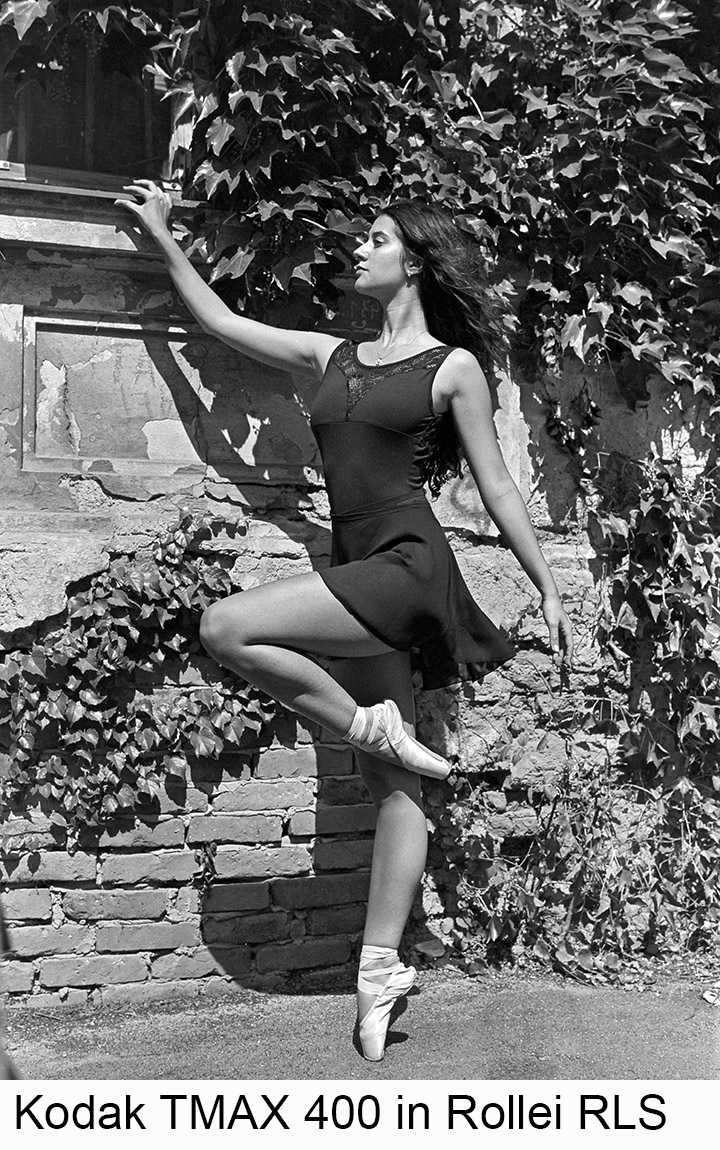 It is a top formula under the original name CG512 invented by Udo Raffay after 512 attempts hence the name.
Considered by some to have the highest acutance, extremely fine granularity, but it does not ensure the nominal sensitivity, it decrease by one step. Basically an ISO 400 film must be used at ISO 200 in order not to lose anything in processing, being also my favorite way to use it. It is, however, an expensive developer that is used in a 1+4 ratio and at a temperature of 24 degrees C.
It remains an excellent choice in terms of performance and can be compared to Microdol X. 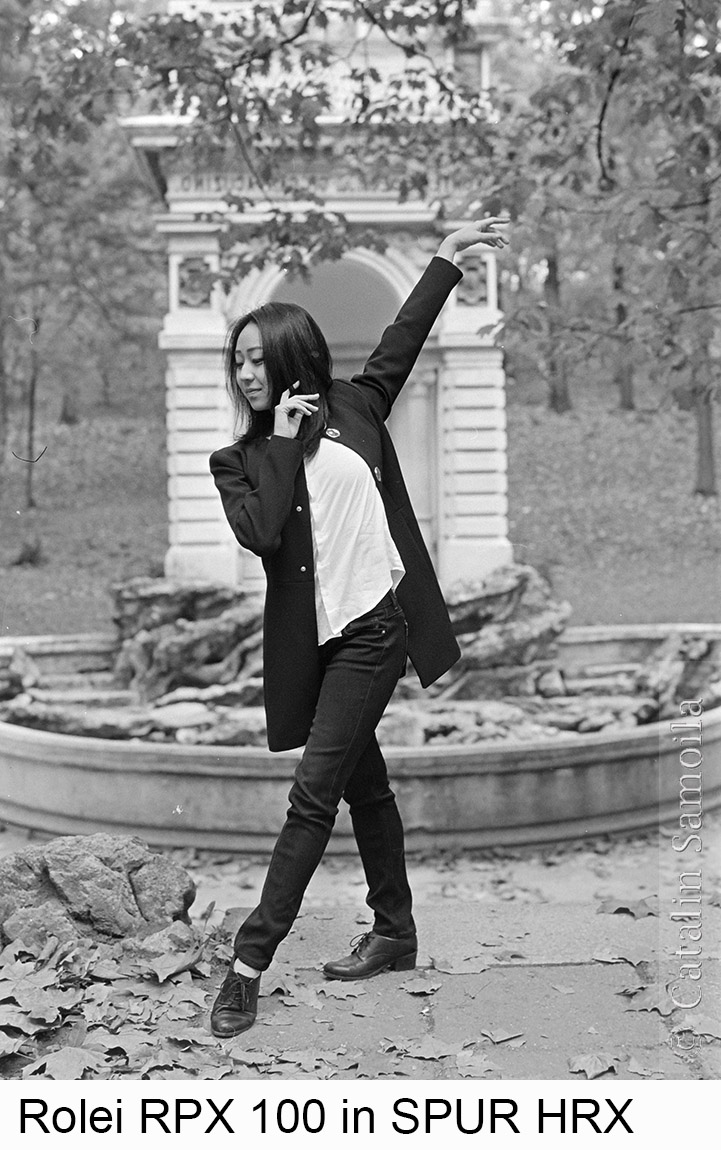 This is a developer offered by another German company with many connections to Adox that develops many types of developers, each for certain performances and certain negatives. Its main quality is the stability over time of type A and B solutions that are mixed before use and diluted with water in a ratio of 1+9 to 1+20.

Development times are provided by the manufacturer together with the film sensitivity obtained. Many films lose sensitivity in this developer.
It is considered an improved Xtol but has nothing in common. Its optimization is for resolution and fine granularity.
I’m still testing different movies without any improvements compared to the results obtained with the above developers.

HC 110
Considered a standard by some photographers because it was used by the well-known Ansel Adams, it is a developer with good features for most films but without excelling in any way, compared to the D76 and Xtol also produced by Kodak.
Quite economical in the dilutions used from 1+31 to 1+63. It has a solvent action but slightly lower than Xtol.
I didn’t really test it with the above developer options at hand.
Ilford HC is a similar variant. 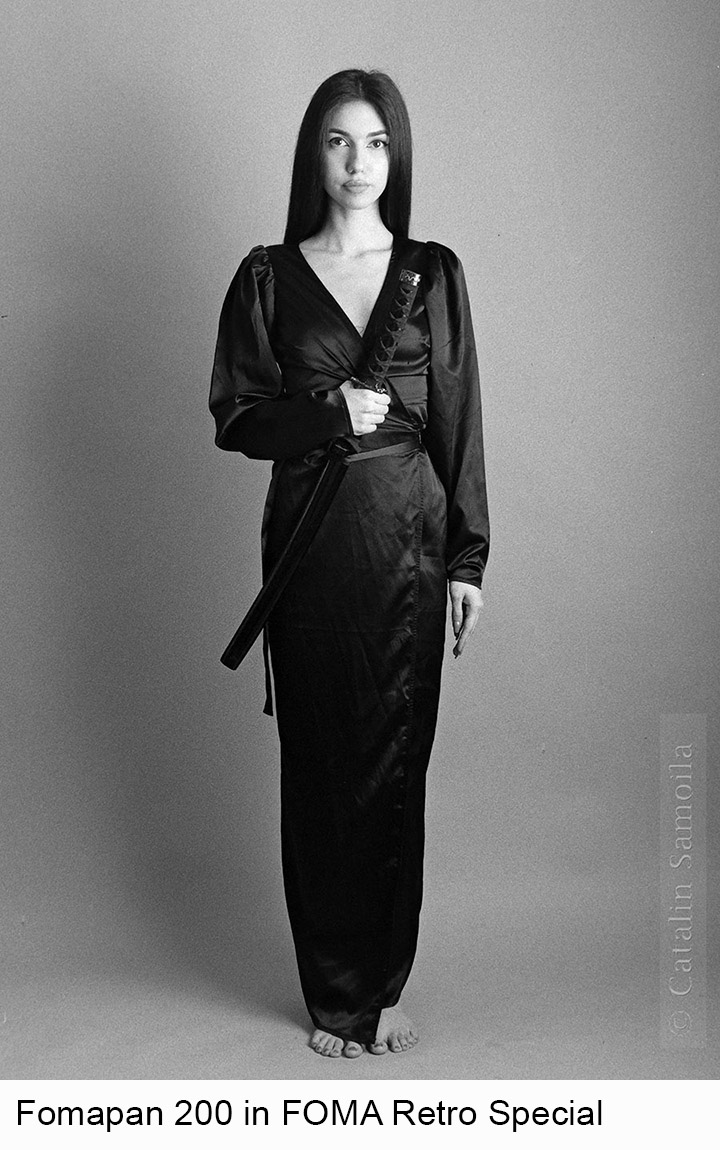 It is a special developer made for Foma Retropan film. But its formula is a classic one. Apart from the mentioned film, I also tried with Fomapan 200 with good results.
It is used in 1 liter stock solution.

Instead of conclusion
There are several developers worth trying such as Kodak TMAX and Ilford DDX, Ilford Perceptol / Kodak Microdol X for excellent granularity, Ilford Microphen but the first on my test list is definitely a Pyro type developer and also Diafine (a developer with 2 separate development bathrooms of A and B solution).
In search of a developer with ultra fine grain I found that 80% depends on the quality of the film used, especially on 35mm where the increase in granulation is more obvious than 120 medium format.
Each developer has its qualities in relation to certain negatives and this is the most correct way to use it.
But photography on film is an eternal test, either you settle for a developer and a type of film and approach the creative side of photography, or you like to discover the different qualities of film types and you need to develop a technical part of testing development in different developers. 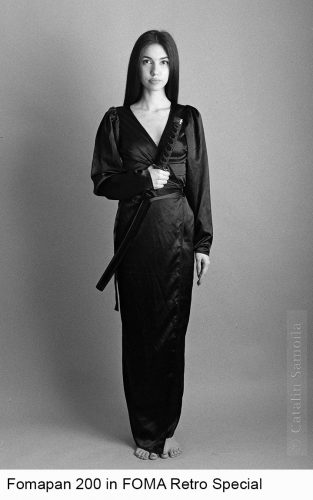 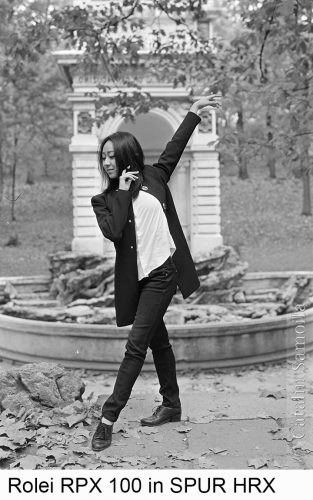 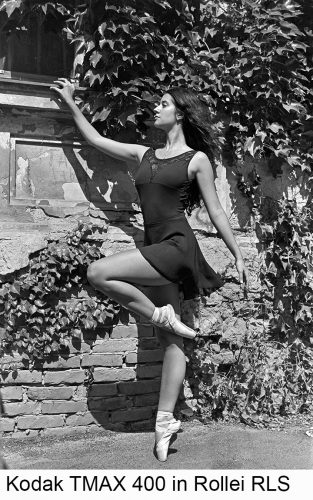 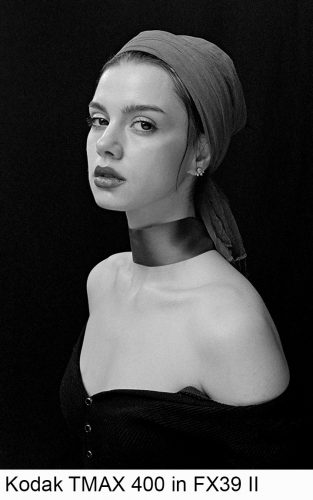 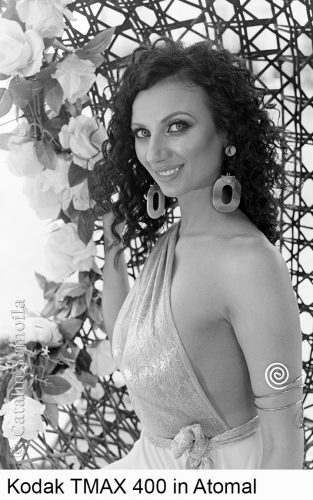 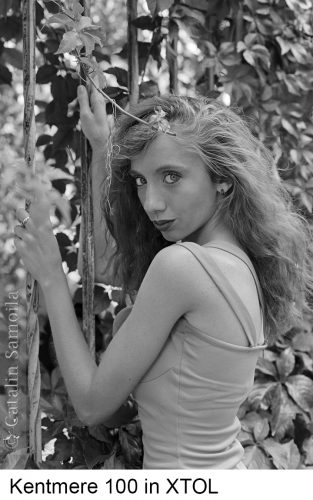 Tell us about your thoughtsWrite message Cancel reply